The mood of fans in hattrick is very important, because it affects number of spectators that you will have in your home matches.
This mood varies after each match depending on the result achieved . 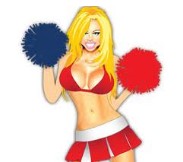 The mood of the fans also depends (and much) on the as expectations they have , both for the season and for the next game.

Expectations of fans for the season ; depend on the league position in the one you’ve been finishing in previous seasons. If you just ascended, they will be the lowest. If you have won several leagues, they will be the highest.

The amateur system is designed to benefit the ascending teams a lot, since in the new league your fans will have very low expectations , and shortly after you do the you will overcome, so they will always be happy.

However, the system penalizes excessively the teams that descend and are not able to go up to the first attempt, since fans will continue to have very high expectations for several seasons, and almost never They will be happy .

The levels are as follows:
– Our level is too good for this division!
– We have to be champions this season
– Objective, the title!
– We are in the top 4
– Finishing halfway through would be pretty good
– We will have to fight for permanence
– Every day that passes in this league is a gift
– We are not good enough for this league

On the contrary if they are tall and willing, they will not be very happy, but if you lose they will suffer a sharp decline in their mood.

You can see the expectations for the next three official matches on the Fan page .

If you play ‘Match of the season’ , your fans will be happier if you win, and they will be less angry if you lose.

On the contrary if they play ‘relaxed’ , your fans will be less happy if you win, and they will be even more angry if you lose.

The important thing is that the fans are happy , because that way you will have more audience in your stadium, and therefore you will gain more money for lockers.

To be happy, you have to win matches .

If you win games in which; exceeds your expectations , even better.

The expectations for each match are influenced by the expectations of the season, which depend on your position in the league in the previous season.

If you ascend, will be pretty good , because they will be happy practically whatever happens.

If you have descended … try to ascend as soon as possible, or it will be a drama (they will never be happy because they will always see you superior).

Some images have been designed by Hattrick.org and they are used with permission.

We use cookies - they help us provide you with a better online experience. Más información